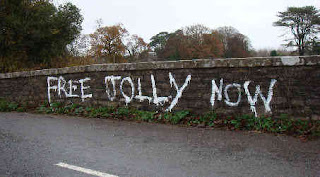 This despicable corrupt injustice that we & our children are experiencing must stop !

If societies answer to a responsible parent, wanting to do the right thing for their children, is to humiliate, belittle, degrade, generally abuse & then incarcerate that parent, then I for one am not willing to accept that inhumane treatment from our oppressors, & watch while our children & fellow citizens are tormented in this way. 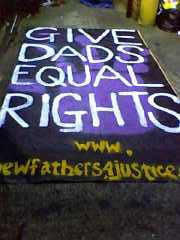 But nothing comes for free & rarely does the oppressor give in to the oppressed without a fight, especially when they have a lot to hide.

So now is the time to keep focused on these injustices thrown at us, come out of our comfort zones, stop crying in the corner & in unity take on the challenge. 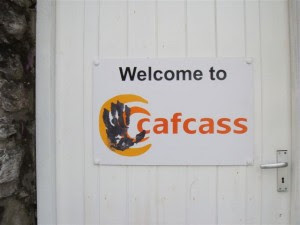 Our endeavors must be relentless until these career driven, spineless, vultures(Our so called superiors in law) treat us with humanity & do what is right & just, for our children & our society judge us as equals.

In this there is no place for failure


IVYBRIDGE Fathers 4 Justice activist Jolly Stanesby was today jailed for two months for a rooftop protest at the home of Deputy Prime Minister Harriett Harman.
Fellow protestor Mark Harris, of Elford Crescent in Plympton, was given a conditional discharge.

Members of the group, which had disbanded in September of this year, said they would be staging further protests on the Minister's roof and at the Prime Minister's home in Kirkaldy & Cowdenbeath within the week to protest at what they described as a 'politically conceived show trial.'

Spokesman Mark Harris said: "I am shocked that Mr Stanesby has been imprisoned and know that fellow campaigners will be taking his place on Miss Harman's roof within days if not hours. The court has made a serious error in committing him to prison and in doing so incited angry dads to take further direct action."

The pair climbed on to the roof of a house in Herne Hill on June 9 this year and unfurled a banner reading ‘A father is for life, not just conception’

Stanesby, of Manor Close, Ivybridge, has a long history of protesting for F4J.
In 2003 he spent nights up a crane on the construction site of a new court building in Exeter, spent Christmas on Tower Bridge in London dressed as Father Christmas, then weeks later brought the Tamar Bridge to a standstill when he spent a week up a gantry across the A38. In February he protested at the Blackwall Tunnel in London.

In May 2004 he protested on the roof of Plymouth Crown Court dressed as a superhero then in November handcuffed himself to minister Margaret Hodge.

In 2006 he masterminded the storming of the live National Lottery TV show, spent two nights on a judge's roof and started 2007 by climbing Stonehenge dressed as Fred Flinstone.

In August 2007 he was arrested at gunpoint by a SWAT team after climbing the Lincoln Memorial in Washington, USA.
Posted by Jolly Stanesby at 18:53